Every day I expect to be bored and lack creativity, yet every day, after a few minutes, I get a fresh idea, or an iteration of a past idea, and create a new level. Sometimes it sucks. Sometimes it’s good. But the road keeps growing, and so far, it has been an amazing ride. We’re one third done. Four months passed, eight remain. Time fucking flies, kids.

This travelogue issue is a bit late, due to real life events, like family and friends visits and sick pets. But I managed to stuck to my daily schedule so far, and I don’t know if I should be surprised or not.

We’re now around 12800 downloads, and I still don’t have a clue about what’s going on with these numbers. Downloads seem to want to stay totally unrelated to the number of page views. However, the average activity is very stable. The game has been downloaded around 3500 times in April, which means an average of 115 people download the game every day. Maybe they just update it and never play it. But they still download it, and it makes me happy.

One source of frustration is how awesome some levels look in the editor compared to how lame they look in the game. I sometimes design complex geometric patterns, which are totally invisible in first-person, or worse, look like flat, boring crap. When the road will be complete, it could be funny to add a third-person mode. That would make the game totally different… How could you imagine such a shape while playing in first-person view?

There’s another thing worth mentioning: I finally broke a rule. Limiting the road’s width to 7 blocks has become increasingly frustrating lately, so I’ve decided it’s time for a change. The core idea behind this rule was a that road section should be longer than wide, but it doesn’t really make sense any more given the bunch of totally crazy levels I’ve designed. A square section now seems to be a more interesting area to work with, especially since the spontaneous “visible exit from start” rule already keeps levels coherent. Probably too coherent, since it has proven annoying many times. But this is probably the most important rule, the one that avoid the anguish of getting lost in a colourful void.

Last but not least, I gradually forgot to use a timer. It seems like I don’t even bother any more. I probably should, in order to stick as close as possible to my original concept, but on the other hand, wouldn’t it be absurd to limit my creativity when I have an idea that would require a bit longer than 15 minutes to take shape? There are a few people who really enjoy the game, and it wouldn’t feel right to offer them rushed, half-finished levels. Even if I still try to be as fast as possible, I think the players deserve more than an arbitrary set of rules. I guess that makes two broken rules, right? Oh, well…

To see the results, if you haven’t already, join the journey here: 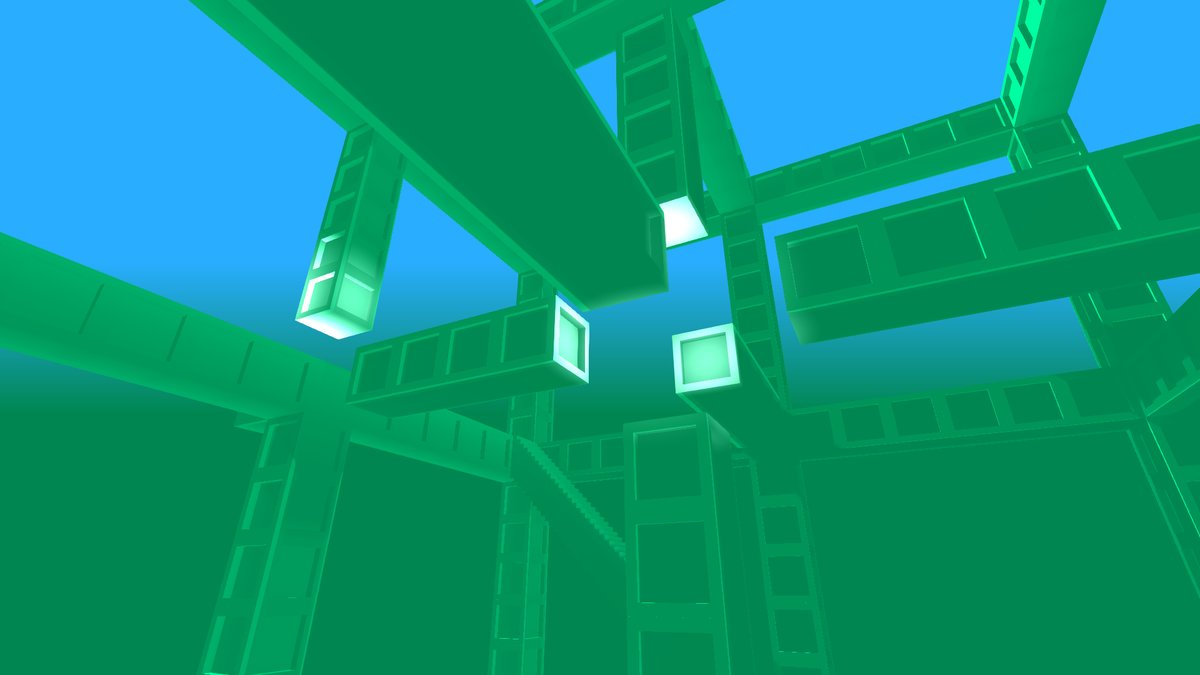