It’s been one month. Thirty-one road sections have been created and linked, not to mention the dozen of test levels I’ve made in December. Everything went according to plan… mostly.

Within the first week, to my surprise, I got about 30 daily players. In the second week, this increased to more than 50 daily players, thanks to mentions in PC Gamer and Warp Door. And it kept increasing following odd patterns that don’t seem to be linked to social media exposure. In fact, a good part of the traffic comes from Itch itself. Currently, a rough average would be a bit more than 100 players a day… and I’m finishing this month with the astonishing number of 200 downloads for yesterday. It’s hard to figure out precisely how many people are playing the game, since not all of them use the Itch app, nor play daily. I only have the download numbers. But this is way more than expected, and hugely satisfying.

To think 200 people took a few minutes to wander through a virtual space I created fills me with joy. But even more rewarding are insightful reviews like the one of Owen Ketillson, whose conceptual understanding of the game really resonates with what I intended to do, or videos like Petjeh’s, who enjoyed it enough to start a series about the game.

Petjeh says he admires the challenge of the concept, the motivation and creativity it will demand daily. But funnily enough, before starting this project, I didn’t even think it would require me to be creative every single day of the year. I assumed I’d just have to stick to my set of rules and that everything would be okay. Everything has been fine so far, but I can already tell it’s getting slowly harder to come up with original level designs.

I’m beginning to notice patterns, and variations of these patterns. Keeping everything within 15 minutes forces me to avoid complex designs, even if I can use more blocks, with a greater efficiency than one month ago. I have no doubt I’ll keep improving, building more with less time, but I’m not sure the difference will be huge in the end. I’m also a bit limited by how RPG in a Box handles vertical layouts, which are perfectly manageable for a normal use, but more challenging to set up under 15 minutes.

However, my main problem is I’m abiding to an unwritten, spontaneous rule. The exit of a level must be seen from its entrance. And I will stick with this rule, because it’s part of the core experience. I want the game to be as relaxing as possible. If I hide the exit, the game may become more interesting, in a labyrinthine way, but the player would need to search, and lose the ability to walk through the level with a single click while just looking around. Some people like to wander, but others prefer the automated pathfinding. I have to let them choose. Incidentally, this comes from a neat RPGiaB feature, which gave the game a new dimension. I built levels naturally around this feature without even thinking about it.

On the other hand, breaking this effortless path would logically fit for bad days. In that case, it would make sense for me to make sinister and twisted levels with viciously hidden exits. After all, if this is supposed to be a diary, it should be a reflection of my mood, a summary of my daily experiences. But given the global rise of fascism and the various atrocities I’m seeing every day, this is probably something I should keep for another game, unless I’d like to torment players. This is the kind of (crazy) vertical layout that definitely doesn’t fit under 15 minutes. For now…

This being said, I’ve also noticed most of my levels are very geometrical and rely heavily on symmetry. There’s a kind of underlying, imperious order, of course depending on my cube-based building blocks, but still very present. I guess one reason is purely practical: once I’ve designed the first half of a level, it’s pretty straightforward to mirror the remaining half. But another reason may be it’s a reassuring way to keep control, to disallow a possible chaos which would increase the risks of exceeding my time limit and my personal comfort.

I know that at some point, I’ll need to get rid of symmetry to reach the full potential of this experiment. I may also need to stop caring about the 7-blocks wide and the 15-blocks long limits, which I initially set to respect time constraints. The distance between the entrance and the exit will never change, but I see no reason to limit anything between if it becomes tedious and repetitive. After all, A Road to Awe is a game, but I’m Player 1. It has to be fun for everyone, including myself.

Another matter is how levels are accessed. At first, I didn’t even want to link new levels to previous ones. The whole game was meant to be a one-way trip, starting from the title screen. But that would have been quickly tiresome for players checking the game daily. So I decided to always relocate the player in the most recent level, and link it to the title screen. Then I thought, yeah, we get it, time flows and there’s no turning back, nice memento mori, but Jason Rohrer did this with Passage ten years ago (and now I feel old). That’s why allowing the player to walk back makes sense. I wanted a mean to explore time, and possibly nostalgia, not a death march.

This is also what motivated me to add a warp zone. It’s hard to miss unless you really don’t want to look around. Once you’ve figured it out, you can jump to the Monday of your choice. It’s the best compromise I’ve found to keep it simple, devoid of menus, and physically integrated in the game’s space.

And… That’s all for now. I’m open to any suggestion. If there’s something you’d like to see during the next steps of the journey, feel free to drop me a line here on or Twitter, or to comment below. 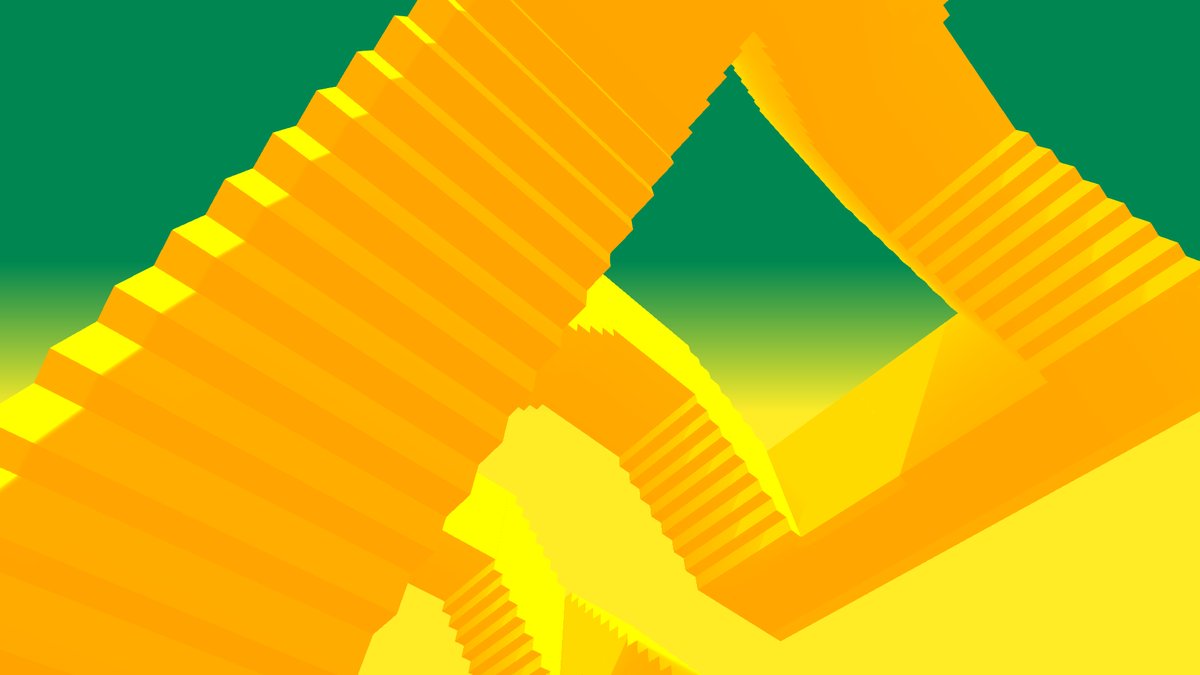